Chondrus crispus is better known as Irish Moss. This beautiful, highly mucilaginous plant is actually not a moss at all, but rather a type of algae. Found along the coasts of the Atlantic Ocean and the Caribbean Sea you’ll find Irish Moss growing on rocks. As the name implies, Irish Moss is abundant near Ireland.   It is used topically in skincare products as well as by herbalists in a variety of herbal preparations. 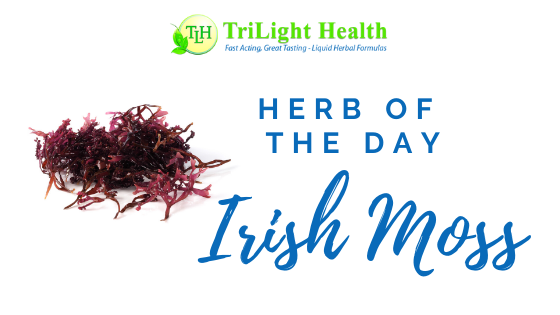 Irish Moss varies in color from a green-yellow to red.  Some varieties are even a deep, dark purple. This plant grows quite small typically only growing to about 3 inches tall. You’ll find this plant growing on rocks in tide pools and along coasts. Irish Moss grows with a strong stem with many smaller branches growing off of it, almost resembling a small leafless tree. In the U.S. the moss is harvested in the Spring during low tide.