Parasites are something those of us in the U.S. tend to be a little squeamish to talk about. Folks in other parts of the world routinely do parasite cleanses. This was the norm in the United States until recent history. While parasites may be unpleasant to think about, they impact millions of people. Many holistic healthcare practitioners believe that at least 50% of people have some sort of parasite in their body. They're common in the soil, in farm-fresh foods, in pork products, in contaminated water, and in many other sources. 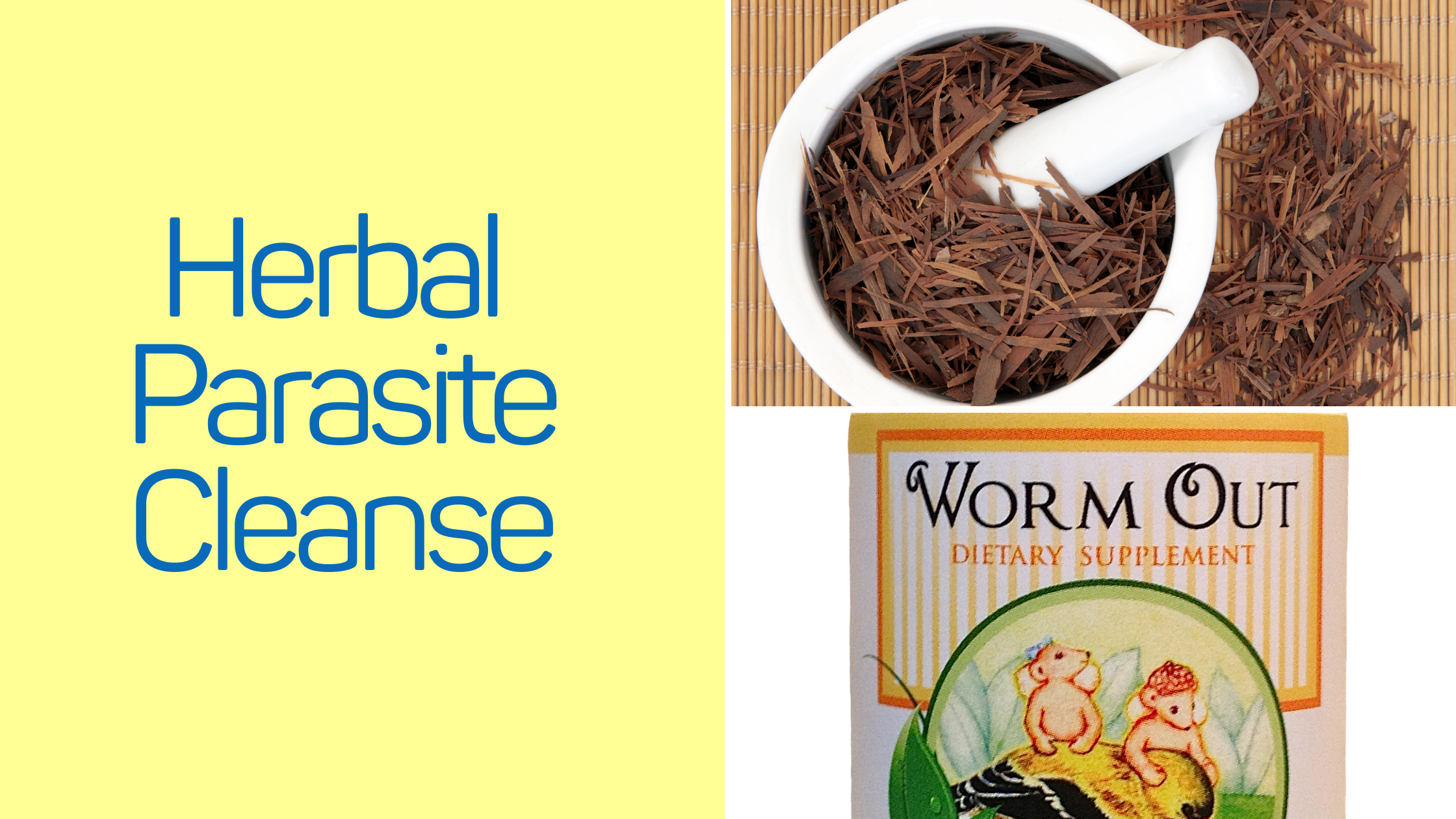 This time of year we have an increase in sales of our Worm Out parasite cleanse as part of a new year's cleanse. Worm Out was passed to us from Medicine Bear of Cherokee Heritage. It has been used for decades with successful results by customers around the world. Plus unlike so many parasite products out there, it tastes good. We often hear from families whose children were sad when it was time to stop taking it because they enjoyed the flavor so much!

Ashley says- "We have pretty serious parasite exposure where we are. This works WAY better than everything else we have tried!"

On the Worm Out product page we offer details on our suggest process for parasite cleaning. Today let's take a closer look at each of the herbs in this formula. Worm Out contains-

Black Walnut Hulls is the best known anti-parasitic herb. The hulls are potent and help give Worm Out its unique color.

Wintergreen-  Herbalists traditionally use it to help calm the digestive system. This herb is also anti-inflammatory.

Cinnamon is often used in digestive support formulas. It is antifungal and antibacterial as well.

Pau d'Arco-is an herb we could write volumes on. Pay d'Arco has wide use around the world in anti-parasitic treatment and it has an affinity for digestive health. Plus it tastes delicious!

Thyme- yes, like the herb you cook with. Thyme is commonly turned to for infections, illness, and parasites.

Chamomile is often turned to for digestive support and relaxation. It is also an herb that supports the bladder and urinary tract- which can also be impacted when parasites are present.

Burdock may be one of the most unique looking herbs we use. It is a common detoxification herb that supports many of the body's organs.

Catnip happens to be calming on people whereas its stimulating for cats. This is a traditional remedy combined with fennel for colic in infants as well.

Wormwood gives us a good clue in its name. Wormwood has a widespread use worldwide in parasite treatment. It is very bitter and very potent which is why we don't include a lot of it in this formula!

Cloves are quite similar to cinnamon in their properties. Cloves are also commonly used during times of illness.

As you can see, the herbs in this formula are used by herbalists for much more than parasites. Many of them are used for overall digestive health, immune support and infections.

Below are reviews from our customers who shared ways they've used Worm Out beyond parasites.

Angela- I use this not just for cleanses but when skin starts to look bad and hair goes dull. Love that my young sons take it eagerly.

Christine- My skin looks better, my stomach issue are relieved! Seems to works!

Suzanne- Oh. My. Goodness! I've been SUFFERING with candida overgrowth for several years. I've purchased product after product. THIS is my cure. I'm ecstatic! Following the directions sent with the Worm Out. Just the kyolic garlic before the treatment gave me an unbelievable amount of relief. I'm so optimistic about finally being clear of these horrendous symptoms. Thank you, thank you!

We hope this gives you a better understanding on this incredible formula!