Herbal infusions and decotions are often mistaken as herbal tea.  This is not quite accurate.  A tea is brewed for a short amount of time, under five minutes.  Infusions and decotions will be prepared for a much longer length.  The preparation time can range from 15 minutes to overnight.  The longer preparation time allows for more of the nutrients to be extracted from the herbs.  It also allows for higher vitamin content, increased absorbability, and much richer flavor.  An infusion is slightly more work than a decotion, but no harder than making your morning cup of coffee.

What is an Herbal Decotion?

Herbal decotions are traditionally herbs boiled in water or another liquid.  Whereas infusions can be made with hot or cold water, decotions are always made with boiling. A decotion is made from herbs which are tougher or harder than herbs used in an infusion.  Roots, seeds, fruit, rhizomes, and bark are prepared through decotion.  This method allows  the nutrients to be better extracted from the herbs themselves.

Generally speaking a decotion is going to be much stronger in flavor than an infusion.  This is partly due to the herbs used, and partly to the process itself.  More often than not infusions are treated as a tonic while a decotion is often chosen for an acute.  There are always exceptions to these, of course. 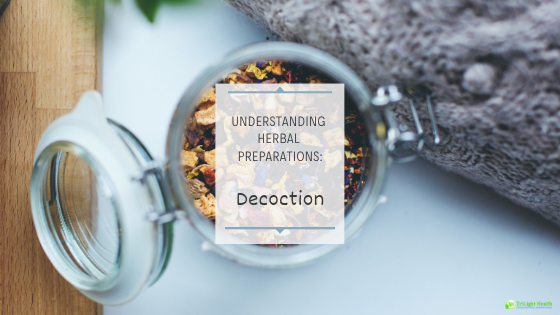 How to make an Herbal Decotion

Preparing an herbal decotion is quite easy. The only tools needed are herbs, a pot, and some sort of strainer.

The instructions below are for a basic decotion.

First, select the herbs you want to use. You may use a pre-made blend or purchase your own herbs and make a custom blend. Blending herbal teas is relaxing, educational, and fun- give it a try. Whole herbs/ loose leaf teas can be purchased from many health food stores, local herbal apothecaries, or online. If your health food store has bulk bins, check there for herbs and teas- they’re usually much less expensive.
Note- Some people prefer to grind or crush their herbs before making a decotion. 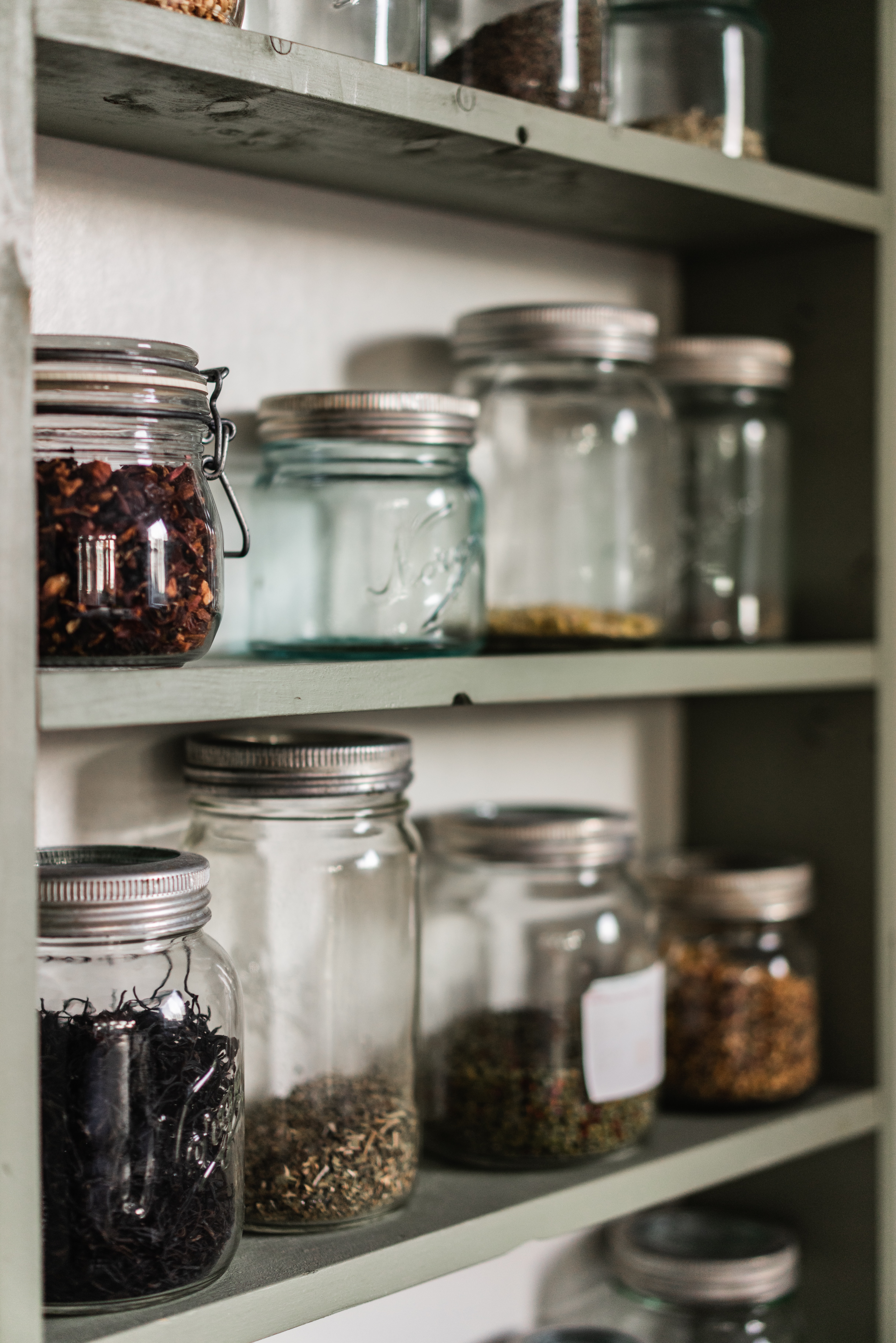 Next, place 1t  -1T herbs to 1 C cold water into a pot.
Note- Herbalists sometimes use as a much a 3T per cup of water.  Research the specific herbs to find out what's suggested, or start with less and increase as desired.  Fresh herbs generally need more than dried herbs.

Then, slowly bring to a gentle simmer. Lightly simmer at least 20 minutes, up to 40

Last, strain herbs and cool to desired temperature.
Note- These same herbs can be reused several times until they loose flavor.  Many people even have a dedicated infusion pot and keep their herbs in the pot from day-to-day.

Make sure any leftover tea goes in the fridge within 24 hours and is discarded after 36 hours.

How is a Decotion Used?

An herbal decotion can be used as a drink or in several other ways such as:

What if my herbal blend contains hard and soft materials?

If we infuse soft herbs and make a decotion with hot, what do we do when we want to drink both in one drink?  There are several schools of thought on this.  The preferred method is to first create a decotion with the hard materials and add in the soft after the water has cooled. If the herbs are already mixed in a pre-made blend, the most common suggestion is to stick with a long infusion.   The infusion won't extract as many benefits from the hard herbs as a decotion would but it won't damage the soft herbs like a decotion might.  A little bit of research about each herb will also help give you more information on the best way to prepare them.